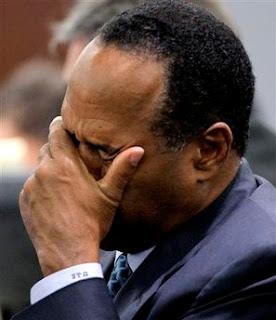 Murder on the Financial Express

By Jack and Suzy Welch - There are plenty of guilty passengers on this train—and all should get their due - The list of possible culprits is long indeed: Congress, for overzealously pushing homeownership; the Fed, for keeping interest rates so low; predatory lenders, for taking advantage of unqualified and sometimes vulnerable home buyers; and home buyers, for getting in over their heads. The list goes on: the White House, for letting banking regs become too loose; finance executives, for selling products they didn't understand while enjoying outsized profits; mark-to-market accounting, for accelerating the downturn; rating agencies, for mischaracterizing paper; and short-selling hedge funds, for betting on doomsday—thereby ushering it in. It reminds us of Agatha Christie's Murder on the Orient Express. There was just one victim in the middle of the night, but plenty of passengers made strong suspects. And we'll even add another: the transformation of investment banks from private partnerships into publicly traded companies. That trend, which began in the mid-1980s because of a justifiable need for more capital in an expanding global economy, may have just played out its most unfortunate unintended consequence. Here's what we mean: In the old days, investment banks were owned and operated by partners putting much of their own wealth at risk. They were rewarded when business went well and personally felt the sting when it didn't. No wonder, then, that partners lived and breathed the risk profile of every significant trade, deal, and position. Then came the investment bank IPO parade, starting with Bear Stearns in '85 and ending with Goldman Sachs (GS) in '99. With every public offering, some partners cashed out. Those who remained kept the wheels moving, only with other people's money—and lots more of it. One of us (Jack) had a small, early taste of the impact when GE (GE) acquired investment bank Kidder Peabody in 1987. Although not technically an IPO, the deal had the same effect because of GE's enormous balance sheet. Less than two weeks after the close, a group of excited Kidder i-bankers showed up at Jack's office pitching a $400 million bridge loan to finance an oil-and-gas industry transaction, a high-risk deal they probably wouldn't have dared propose in their prior partnership. They got it, and after several other creative uses of GE's balance sheet, it became clear GE didn't have the expertise to manage an i-bank, and it sold Kidder in 1994. As shareholder-owned investment banks started taking on larger risks on larger positions, something else started getting larger, too—bonuses. The result was like Vegas on the Street. Working the same hours, at the same intensity, but now leveraging someone else's money instead of their own, anonymous financial engineers were suddenly carrying home $5 million, $10 million, $20-plus million a year. To keep that game going, most took on ever more risk with ever more exotic instruments. And what if a deal or trade went bad? A smaller bonus, but without personal wealth on the table—so no downside. Is it any surprise that pricing risk in an appropriate manner went out the window? Now, we don't mean to peg the whole financial crisis on public i-banks. They're just another passenger on the Orient Express. But we mention them so that in the cleanup that's about to ensue, all "culprits" get their due. And without question, the out-of-whack compensation system on Wall Street should be dealt with as part of any government intervention. There has to be greater long-term alignment with shareowners. As for a cleanup, there will be one. This crisis is mind-numbing in its complexity and global scope, but previous meltdowns have proved that broken systems can be fixed by smart people. Hank Paulson, Ben Bernanke, and Tim Geithner fit that description. Ideology hasn't blinded them, and they've proved fast and flexible in anticipating a next move when a first one didn't do enough. We don't know how or when this crisis will end, but we have confidence that the team in charge will put the system back on the long road to better days.
Publicado por Magda Mascioli Garcia No hay comentarios: 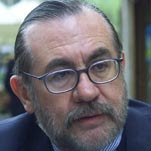