Venezuela: from a society of cowards to a nation of decent citizens

INTERNACIONAL CAMPAIGN
“BRING CHAVEZ TO JUSTICE”
Contacto: Sarita Bittan
Teléfono: (754) 234-4066
COMMUNIQUÉ
CRIMINAL COURT
VENEZUELANS REQUEST CHAVEZ BE BROUGHT TO JUSTICE FOR SPONSORING AND FINANCING THE FARC
The Plataforma Democrática de Venezolanos en Madrid, PDVM (Democratic Platform of Venezuelans in Madrid), Frente Iberoamericano por la Libertad, FIAL (Iberoamerican Freedom Front), Asociación de Madres y Mujeres Venezolanas en el Exilio, AMAVEX, (Venezuelan Association of Mothers and Women in Exile), Resistencia Civil de Venezolanos en el Exterior, RECIVEX (Civil Resistance of Venezuelans Abroad), and organized civil society wish to announce the following to public opinion:
Last March 1, during an incursion into a camp of the narcoterrorist wing of the FARC, the Colombian army captured of the computers of Raul Reyes, second in command of this guerrilla group and who perished during the operation. Soon afterward, the Colombian government advised that the contents of the cited computers reveal the presumed links between the President of Venezuela Hugo Chavez Frías and this guerrilla group. On Monday, March 3, the president of Colombia, Álvaro Uribe announced that:‘Colombia proposes to accuse Hugo Chavez, the president of Venezuela, before the International Criminal Court (ICC), of sponsorship and financing of genocide.’ Therefore, on March 14, the organizations that sign this communiqué asked Dr. Luis Moreno Ocampo, a Prosecutor for the International Criminal Court (ICC) in accordance with articles 13 and 15 of the Statute of Rome, to request the authorization of the Pre-Trial Chamber of the ICC to open an investigation into the contents of these computers. The basis of this request is, as has been announced and verified by INTERPOL on May 15, the presence of indications that suggest the criminal responsibility of president Hugo Chavez Frías, as a collaborator, financier, and accomplice of the FARC in its criminal behavior, which we believe must be clarified by a jurisdictional organization. In accordance with the Statute of Rome, the ICC only opens trials in those cases in which national jurisdictions have failed to process certain crimes or refuse to do so. It is evident that the cited judicial investigation will not be initiated in Venezuela, and that any investigation that may be begun in Colombia cannot commit a head of state of a country with which it maintains diplomatic relations, thanks to the Doctrine of “Sovereign Immunity”. For this reason, the undersigned have requested the establishment of the supplemental jurisdiction of the International Criminal Court, as this court would be competent to judge heads of state in the exercise of their duties, especially when taking into account that on May 30, Prosecutor Luis Moreno Ocampo publicly declared that the narcoterrorist FARC guerrillas had committed crimes Against Humanity. This request, to investigate the connections that may link the President of the Venezuelan government as a collaborator with terrorist groups, is in addition to what the Office of the Prosecutor of the ICC calls the “Case of Venezuela”, which is an evaluation of the possibility of investigating Crimes against Humanity and violations of Human Rights that have occurred in Venezuela during the last 5 years; a case that, as shown in the attached communication from the Office of the Prosecutor, is current in the phase of study and analysis. For this reason, our organizations, with the support of organized civil society, have begun an international campaign called “BRING CHAVEZ TO JUSTICE”, in order to sensitize the international community on this serious matter. This campaign is intended to seek and obtain the greater possible support for the complaint, to bring Hugo Chavez to international justice to face his responsibility for the events in which he is involved. On June 4, we delivered a letter to the president of the European Parliament, Mr. Hans-Gert Pöttering, to advise him of our request to the ICC and to inform him and the members of the European Parliament of the start of this campaign, which seeks the support and backing from international institutions and organizations to create a climate of opinion that would promote this investigation. Several worldwide non-governmental organizations have already been supportive of our request. This request is also being promoted on the Internet, where tens of thousands of signatures have been obtained from citizens who support this measure, in Venezuela and internationally.
Plataforma Democrática de Venezolanos en Madrid (PDVM)
Frente Iberoamericano por la Libertad (FIAL)
Asociación de Madres y Mujeres Venezolanas en el Exilio (AMAVEX)
Resistencia Civil de Venezolanos en el Exterior (RECIVEX)
Asociación Venezolana de Desplazados (AVD)
Centro de Estudios Democráticos para Iberoamérica y el Caribe (CEDIC)
Frente Patriótico
Bloque Democrático
Frente Institucional Militar
Foro de Caracas
Fundación Orión
Alianza Popular
UNAPETROL
Gente de Petroleo
Free Venezuela Center for Democracy in the Americas
International Venezuelan Council for Democracy (IVCD)
Participacion Venezuela
Social Artistry Venezuela SA-VE
Venered
Venezuela Somos Todos
Lucha Democratica
Primero Justicia Region Exterior
Venezolanos en Mexico
Venezolanos en Chile
Venezuelan for Democracy
Venezolanos en Belgica
Libertad y Democracia in Berlin
Publicado por Magda Mascioli Garcia No hay comentarios: 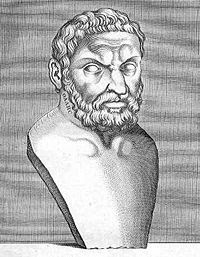