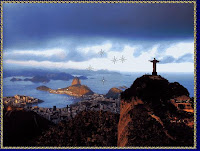 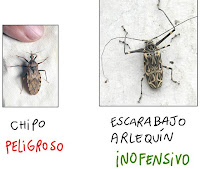 Stupid Is As Stupid Does

Promised Land in Latin America - Venezuela was considered an Eden by Italian immigrants after World War II - By Antonio Maglio - 2002-10-13 - A street in CaracasOne can already touch Latin America at the Miami Airport. Spanish mixes with English in speech and bilingual signs, and bars sell more empanadas and tortillas than sandwiches. Caracas is over there, beyond the Caribbean Sea with its Mediterranean colours. This city is wrapped in a milky light that blends with the green of the tropical vegetation; loud as an Arab suq; and sunny, not just because it is almost on the Equator, but because the Spanish conquistadores imported the Latin temperament. The graft took on without rejection on Indios and Creoles, with their slender, bronze-coloured bodies and their burning eyes."Some of the most profitable activities here," says Antonio Romani, originally from the Region of Marche, gerente general of Voce d'Italia, the Italian daily published in Caracas, "are the beauty schools: they are attended by beautiful Venezuelan girls, especially Creoles, who learn how to dress, walk, apply makeup in order to participate in various national and international beauty pageants. It is not by chance that Venezuela has produced so many Miss Universe; think of Alicia Machado, for instance, or Irene Saenz Conde. Beautiful women but with smarts and temperament, many of whom went far beyond the catwalk. For example, Irene Saenz Conde, who was elected Mayor of Caracas twice in a row and then became the governor of the Stato of Nueva Esparta, where the famous Margarita tourist island is located. In 1998 she even ran for president, although Hugo Chavez won easily."Between the late Forties and the early Fifties, this country, with its immense natural resources and its year-long summer, attracted a sizeable chunk of the Italian migratory flow.The war had recently ended and reconstruction was difficult, although the change was occurring at a constantly accelerating rate. The economic boom was not there yet; it was around the corner, but few could see it. And few, especially in Southern Italy, would ever see it. Many primary needs (a job, a house, healthcare, education) still lacked concrete and believable solutions, therefore, hundreds of thousands of Italians decided to leave. They did not follow the traditional pathways of emigration. This was due to political and practical reasons.
Publicado por Magda Mascioli Garcia No hay comentarios: