By STEPHANIE REITZ, Associated Press Writer Thu Apr 3, 5:20 PM ET WORCESTER, Mass - Answers to the mystery of what befell the heirs of the last czar of Russia nearly a century ago may rest behind locked laboratory doors in Moscow and New England. DNA test results to be announced within months on bone fragments found in Russia last year could prove that none of Czar Nicholas II's family escaped execution in the Bolshevik Revolution — not even Anastasia, the teenage princess whose identity various women have claimed over the decades. Evgeny Rogaev, who heads a genetic research team working in Moscow and at the University of Massachusetts Medical School in Worcester, is not immune to the effect his work could have on how his fellow Russian citizens view that turbulent chapter in their history. He keeps pictures of the royal family carefully tucked inside a folder near charts of DNA sequences, but does not display them. Likewise, he shields any sight of the remains from everyone except the other researchers, out of respect for whomever the remains represent. "Murders occurred. Children were murdered," he said this week, choosing his words carefully. "I will not make a show of it. That is my ethics". For Rogaev, a professor at UMass and Moscow State University, ensuring the accuracy of the DNA tests is paramount. "In an expert work, it cannot be about emotions. It must be about collection of scientific evidences, and that is why this DNA is so powerful to study," he said. Rogaev is reviewing the genetic material at the request of the Russian Federation Prosecutor's Office as part of its reopened investigation of the deaths of the royal family. Nicholas II, Empress Alexandra, 13-year-old Crown Prince Alexei, the prince's four older sisters and their four attendants were taken prisoner in 1917. Even though the czar already had abdicated his throne, their captors fatally shot all the prisoners on July 17, 1918, in a basement room of a house in the city of Yekaterinburg. DNA testing determined skeletal remains unearthed from shallow graves in a nearby mining pit in 1991 were most likely those of the couple and three of their four daughters. The daughters were believed to be 22-year-old Olga, 21-year-old Tatiana and 17-year-old Anastasia, although some people speculate the last set of remains belonged to the similarly sized 19-year-old Maria. Researchers suspect the bone shards discovered last summer, burned and doused with acid, are those of Alexei and Maria. They were found in the area where one of the professed killers said their bodies had been destroyed. The remains found in 1991 were reburied with honors in 1998 in the imperial-era capital of St. Petersburg. It was shadowed by doubts at the time, including from the Russian Orthodox Church and some Romanov relatives, over the authenticity of the genetic results. Nevertheless, the church canonized the royal family in 2000. Rogaev, who was called to help verify the remains' authenticity in 1997 and 1998, said he knows many people with opinions on both sides. He compares it to the emotions that Americans have about their legendary public figures and families, such as the Kennedys, and says the DNA tests are the best way to be certain about the Romanovs' fate. "In science, what you conclude to be true comes from the results you find. When I see the results, I accept the results as the fact," he said. No clear explanation exists about why the suspected remains of the prince and one of his sisters were destroyed with more violence than those of the czar, empress and three of their daughters. Some researchers think that after shooting the family, the killers tried to destroy as much of their remains as possible, but ran out of time after starting to destroy two of the smallest bodies with fire and sulfuric acid. Some have said the killers thought monarchists might try to memorialize the burial place as a shrine if the bodies' locations were known. The bone fragments were so badly damaged that Rogaev and other researchers first had to determine whether enough uncontaminated genetic material still existed for testing. The delicate work proved that, indeed, useful DNA could be extracted from a very small amount of the material — a critical fact, since they wanted to preserve as much of the bone fragments as possible out of respect for the victims. The researchers are comparing DNA from the recently discovered remains with those of Empress Alexandra, who was a granddaughter of Britain's Queen Victoria and a distant relative of Prince Philip, the husband of Queen Elizabeth II. The prince, whose DNA might offer important points of reference for comparison, has not provided DNA so far, but researchers are reviewing published information related to the family, Evgeny said. Renowned forensic scientist Henry Lee endorsed Rogaev's approach and called the case a prime example of science settling questions about the past. "It's an interesting project, and DNA is opening up a lot of new frontiers in solving crime and answering questions of history," said Lee, a former Connecticut public safety commissioner and founder of the forensic science program at the University of New Haven. A representative of the Romanovs urged caution after the remains were found last summer. They have tried without success for years to persuade Russian authorities to declare Nicholas and his family victims of political repression. "I will be deeply happy if the remains of (Alexei) and Maria have really been found," Nikolai Romanov, identified by Channel One as the head of the family, told the station by telephone from Switzerland. "But it is always necessary to treat such epochal events with caution." Associated Press writer Mike Eckel in Moscow contributed to this report.
Publicado por Magda Mascioli Garcia 1 comentario: 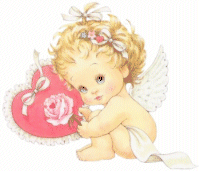 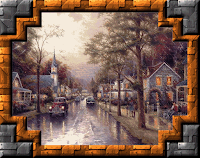